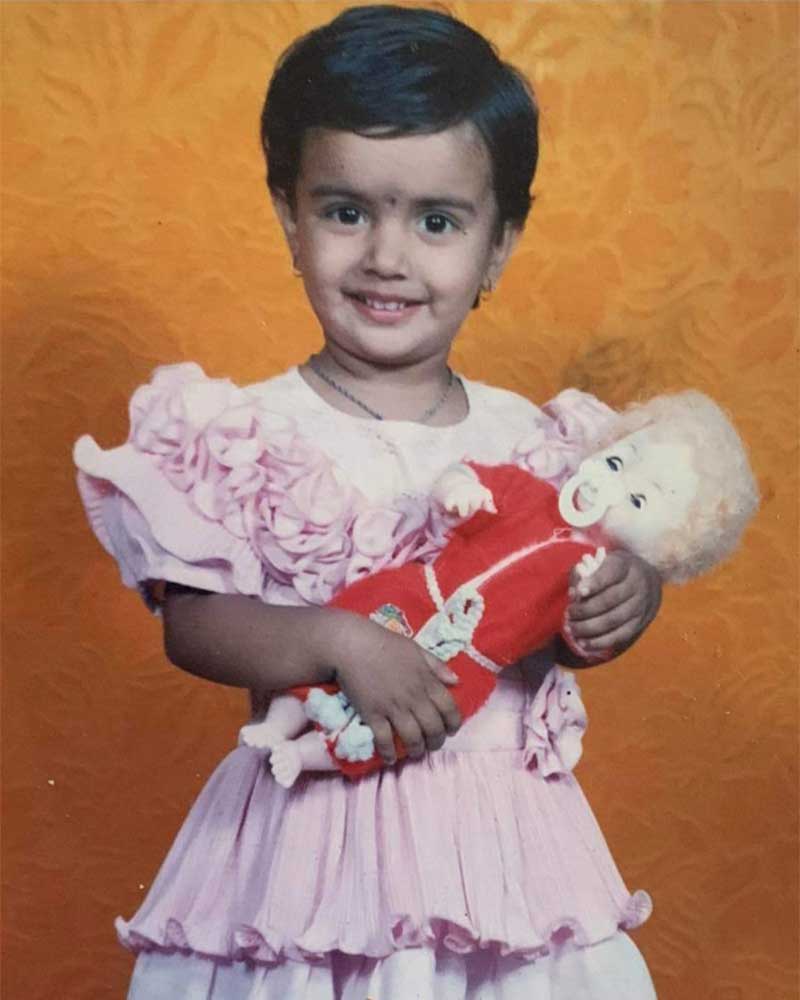 She is My Favorite

When my eyes caught her pretty face, it was stuck there for more than 20 minutes.

As per my knowledge level, I figured that she was a little lass of around 2 who was standing in front of me and staring constantly wearing a fairy dress of pink color and white & pink shoe with pink shocks.

Her dressing sense is quite impressive, LOL. But I guess it’s her parents preparing her with such an eyecatching dress. I surmise, my mind was utterly confused at that moment and was blowing when it got the freedom to glimpse her since it was interrogating me persistently that; “Hey Sumi, is she an angel or a real minute juvenile?”

Sad to say but, I couldn’t retort to it because I too was facing the same barrier and I was mistrustful on myself about who she is. A real girl or an Angel?

However, I elected my answer to clear queries of both of them, i.e Me and my mind and I replied; “Oh Ullu
(Nepali slang used for a fool ), she is a real tot” as I was pretty sure that angles are only our fascination which made me feel confident to respond to my mind.

Anyways, she was a real girl. As many such random thoughts were running through my mind and after gazing her for a lengthy time, my brain cells decided to behold her so keenly and describe her seductive face, tiny hands and fingers accompanying them.

But again my genius brain was lost somewhere, I asked him; “hey genius, so start your task now” but I didn’t get any return answer this time, although he didn’t reply, I knew it that he was endured as my brain again declared to accomplish such a knotty task.

However, you deserve respect for showing your bravery my dear genius. Describing that girl’s innocent, delightful face with healing smile and those bottomless eyes was a very stiff mission. And it was challenging to find words to narrate her beauty. In whatever way, as my brain had decided to do so, all I want to be the fulfillment of the job.

Firstly, my eyes were caught by her eyes. Even though my eyes were trying to skip them but they fell over her captivating eyes. Her cavernous eyes with long eyelashes as fairy wings, deep as the ocean and clear as mirror seem so pure.

The artistic border with black kajal surrounding her eyes was reflecting her mother’s care and protection of those pretty globe. Those black pupil of that little pupil were so arresting that I lost myself on her eyes. I will never forget the way she looked at me. I was sunk on that ocean however I managed to float and get over it. Luckily, I was able to rest on the edge of her inner canthus of the eye.

Once again, my eyes got ceased at the black dot on her forehead in between the eyebrows. Honestly, it was adding beauty in her heavenly face. According to our culture, it is believed that making black dots (Tika) on a child’s face protects them from evil spirits.

For a couple of second I asked myself, do I belong among them? because I was scanning her so keenly. No, no I wasn’t devilish, rather I was a diehard fan of hers. Oh oh, how can I forget to state about her million dollars smile, it appears so precious that it can buy any expensive thing of this world, even the happiness as well.

Seeing her smiley face made my heart cheerful, my lips were automatically pressured to expand and they were struggling their best to smile. Those tiny white rabbit teeth were playing the role of stars twinkling in the dark galaxy named mouth.

Coming to her cheeks, her cheeks look so soft and chubby that anyone wants to grab and pinch it, but as I was her fan, how could I even imagine hurting her, so I constantly gazed her instead of touching and disturbing.

Ohh I was so busy seeing her pleasing face that I didn’t realize she was holding a little doll on her hands. Trust me, that doll was not even 10% beautiful as she was. Her soft, chubby and cute little hands with little fingers carrying a doll were looking so adorable, she was handling the doll with so much care as if it was her baby.

I would have loved to describe her feet as well, but my worse luck, she was wearing the shoe and I couldn’t make it happen. However, I don’t doubt her feet. They must be pretty. Regrettably, I can’t touch her, feel and catch her little chubby hands, hug her tightly.

I want to fall in her pretty eyes over and over again, I want to be the victim of her killer smile, I want to kiss her softly on those soft cheeks and want to narrate my feelings towards her, I want to inform her and make her realize how beautiful she is. I want her to hear me.

But I can’t do any of these things, because she is like a statue who can’t move and hear me. She is captured. She is captured within a frame. A photo frame. She was me. I have asked my parents for more than 10 times, is the girl in this Photo who is constantly staring us is me? I got so unbelievable answer, it was yes.

Yeah, I’m that little girl who has grown up now and is not pretty as she used to be when she was of 2. I want to heartily thank my parents for capturing that pretty girl’s picture.

Oh my little living angel, you are my favorite. Isn’t it strange, I’m a very big fan of myself!!

Medical Warriors – The Doctors and the Nurses, Covid 19

A Dream Coat – From Dream to Reality